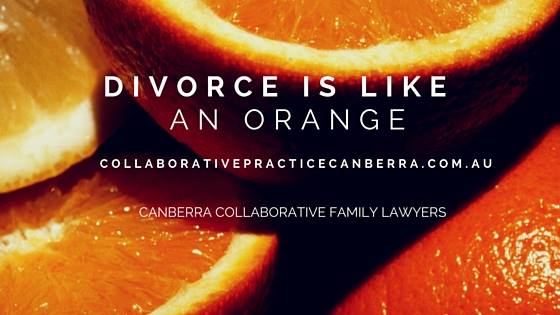 It’s about understanding ‘why’ a person wants something not just ‘what they want’ or what they are ‘entitled to’.

Two celebrity chefs are in a television cook-off.  Let’s call them Gary and Kylie.  Gary decides to make Orange Sorbet.  Kylie decides to make a tuna steaks with orange zest salsa.  Problem: there’s only one orange.

Gary takes this very seriously and calls his lawyer.  In retaliation Kylie calls her lawyer.  The lawyers write to each other arguing about who is entitled to the orange.  After a lengthy Court battle the Judge orders that the orange be cut in half.  Both end up with 50% but neither of them have enough to make their dish tasty.

Of course, not every case is that easy – but by focusing on understanding interests means your lawyer can tailor solutions that work for both parties, not just solutions that make each person equally unhappy.

This is the aim of Collaborative Law.